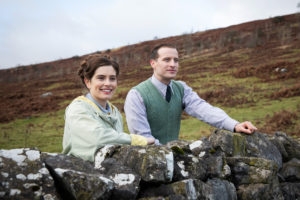 Fans of All Creatures Great and Small have been treated to a first look of the new series which is due to be screened later this year.
Exciting newcomer Nicholas Ralph will make his television debut as the iconic vet who became renowned for his inspiring compassion, humour and love of life.
Samuel West (Mr. Selfridge, On Chesil Beach) joins as Siegfried Farnon, the wonderfully eccentric veterinary surgeon and proprietor of Skeldale House who reluctantly hires the recently qualified Herriot into his rural practice.
Mrs Hall, the resident housekeeper and matriarch of Skeldale House will be played by Anna Madeley (The Child in Time, Patrick Melrose).
Siegfried’s errant and charismatic younger brother, Tristan, will be played by Callum Woodhouse (The Durrells) while Rachel Shenton (Switched at Birth, White Gold) takes the role of Helen Alderson, an independent local farmer’s daughter who helps her father manage the family farm and care for her younger sister.
The series on Channel 5 will include six parts, plus a Christmas special.
Since their first publication in 1970, the beloved books of James Alfred Wight published under the pen name James Herriot, have held a special place in people’s hearts throughout the world.
Chronicling the heartwarming and humorous adventures of a young country vet, the books introduced readers to his unconventional mentor and the cast of farmers and townsfolk who lived and worked in the Yorkshire Dales in the 1930s. 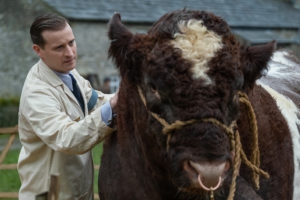 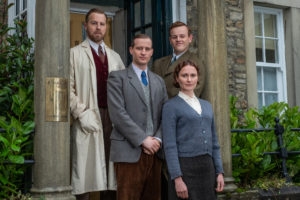